You Are Here: From studies to the raw materials industry

From studies to the raw materials industry


Christoph Budny - From studies to the raw materials industry 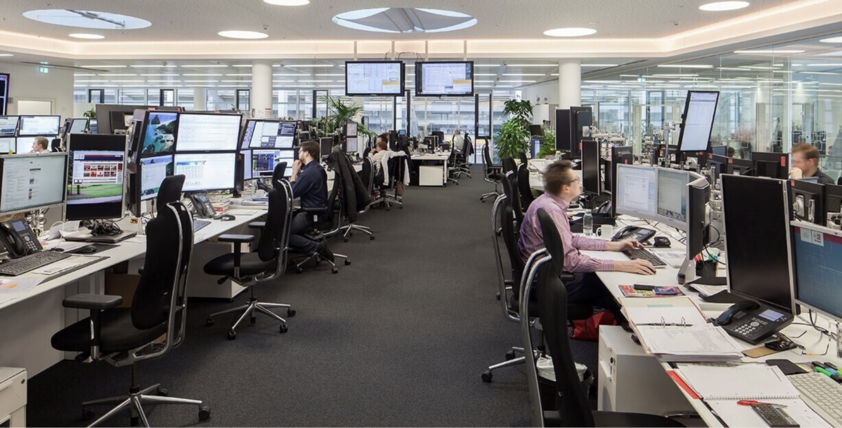 Christoph started studying mechanical engineering at RWTH Aachen University in 2005, but later decided to switch to another field. Two of his friends were already studying geo-resource management, which attracted his attention to the program.
After his bachelor's degree, Christoph followed up with a master's degree in GRM with a specialization in energy and resource management (originally commodity management), which he completed in 2013 in the standard period of study, thus ending his studies.

During his time at RWTH and especially in the master's program, Professor Hilger's KIT had a great impact on him. Christoph says that he would describe him as a kind of mentor who always stood by his side and motivated him to think outside the box. It was also Professor Hilgers who made Christoph realize that his strengths lie in the field of energy management. Originally, he wanted to write his master's thesis in a different subject area and did not have the energy industry as a topic in mind. In the end, his thesis dealt with hydrogen storage and its transport.

Looking back, Christoph enjoyed his master's studies more. In addition to the aspect that he found out what his skills were, according to him, the exam phases were somewhat less stressful because more homework was written. In addition, the atmosphere was more personal due to the small number of students in the program.

After graduating with his bachelor's degree, Christoph applied to a larger company, but he didn't get an acceptance letter, which was like a key moment for him. From there on, his motivation to achieve better grades in his master's degree increased. The focus on oil in the master's degree created a certain pressure, as there were few hires in the field on the job market at that time. In addition, Christoph did not want to go abroad in order to continue living with his girlfriend, who was already working. For these reasons, too, the energy industry offered a perspective, especially in Germany.

After graduating, he wrote about 10 applications and had two interviews, after which he then started a job as a junior portfolio manager at Trianel in October 2013. Trianel is a company that is a cooperation of over 50 municipal utilities. The goal of the company is to maintain competitiveness in free markets and thus ensure an energy supply for their customers.

After two years at the company, Christoph became a portfolio manager and is now working as a senior trader after switching departments in 2019.

We also asked Christoph to what extent his studies help him in his current work. First of all, in his eyes, it is mainly the methodical work. "Generally speaking, it's always the same: problem - analysis - data collection - conclusion," Christoph tells us. The fact that this work was already important in his studies means that it works automatically and subconsciously. He also finds that georesource management is a very global and interdisciplinary course of study. You learn to have a good grasp of things and can combine natural science with economics. Moreover, the topics are all interrelated and you learn to draw connections between deposits, weather, costs and scales. Lastly, Christoph says that of course the technical basics he was able to acquire during his studies also help him. For his future, the focus is currently on his small family. Professionally, he could imagine working as a specialist in his industry or as a manager in a few years.

He advises students to think about where they want to go early on and to have a goal in mind that they can prepare for. Am I regionally bound? Do I want to get out into the world? "It's important to be realistic with yourself, to bake rather small rolls. That's how everyone starts, and you shouldn't overestimate or underestimate yourself!"