You Are Here: Thora Schubert - Science slammer and moderator at Terra Xplore 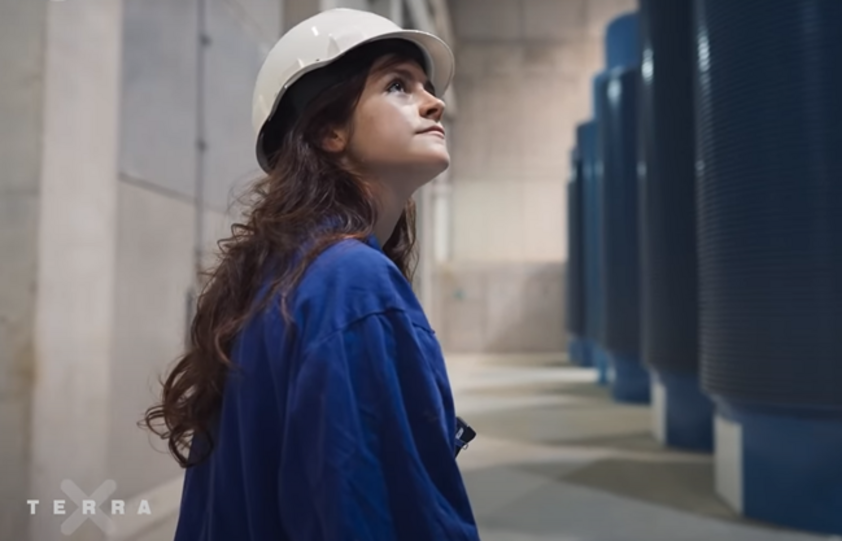 Thora Schubert is studying for a Master's degree in Georesource Management with a specialisation in Raw Materials and Energy Management at RWTH Aachen University. In her spare time, she performs on stages all over Germany and brings geological facts closer to the audience in a humorous and entertaining way. In the interview, she talks about the image problem of geology and about her new job at the ZDF format Terra Xplore.

I think I would explain it to a non-geologist in exactly the same way as to a geologist. I'm writing my Master's thesis at the Jülich Research Centre, in the Department of Techno-Economic Systems Analysis. It's about how hydrogen can be stored underground in salt caverns, artificially created cavities in salt rock. So far, there are only very few such caverns for hydrogen, and my Master's thesis is now about estimating how great the worldwide technical potential for this is. So in summary: How big a role can underground hydrogen storage play in the future?

What makes geoscience so interesting and unique? What three words would you use to describe the geosciences?

Your hobby is the Science Slam. Scientists present scientific topics and issues on which they are researching and in which they are very knowledgeable in an entertaining way on a stage. How did you get involved in the ScienceSlam?

That's a somewhat longer story. I won a prize with my subject paper in the upper school and was accepted into the Dr. Hans Riegel Foundation. The foundation organises an academy for its members every two years, offering lectures and workshops. Traditionally, a science slam takes place on one evening, with some foundation members, i.e. only slam newcomers, on stage. In 2017, the organising team had difficulties finding enough speakers and specifically approached me, among others. I wasn't really convinced at first, but then I let myself be persuaded. I really enjoyed the performance and got so much positive feedback that I stayed on.

You have already performed on many science slam stages in Germany. Which performance do you remember particularly well?

I have very good memories of my first performance with my then brand-new lecture. I had worked my way into the topic of final storage for radioactive waste. It was a slam organised by the German Physical Society in Frankfurt am Main. The audience was huge and in a really good mood. Afterwards, all the slammers and appendages were invited to dinner at a fancy Italian restaurant - that was a very nice overall package. (laughs)

How do you prepare a slam talk on a new topic?

After I've found an interesting topic, I always start by preparing a presentation with good content - the funny stuff comes later. That means I collect all the information that should definitely be included and put it into a sensible structure. If funny ideas come to me in between, I write them down first and put them aside. Once the framework of an interesting presentation is in place, I try to incorporate the entertaining, relaxed and witty components. In the end, it's a largely word-for-word, pretty much memorised lecture. There's not much improvisation in it, because of course I'm also excited - and have to stick to the time limit. 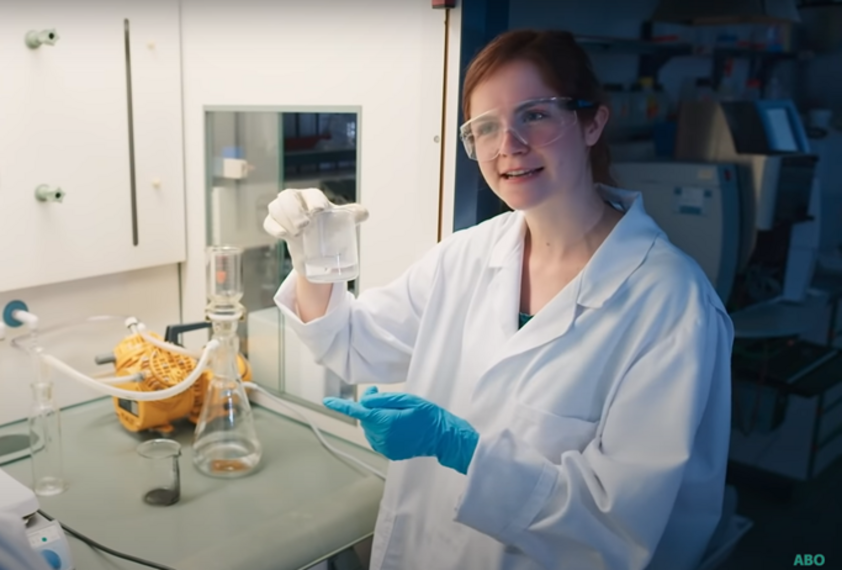 How long do slammers have for a science slam?

What is your favourite topic in the geosciences?

This is going to sound a bit like sucking up to my degree programme, but it's actually anything that has to do with raw materials and energy management. For example: Where do raw materials come from? How can we obtain them sustainably? How do we succeed in the energy transition? To sum up: Where does geology directly affect our social coexistence? So topics like lithium extraction in Germany or urban mining.

What image do the geosciences have in the media?

I'm afraid that among young people the TV series Big Bang Theory has a big influence on the image of geologists in their minds. Namely, that geologists are not real natural scientists, only play in the dirt and that you can't or don't have to take them seriously anyway.

To be honest, geologists don't have the best image - both among natural scientists and among "normal people". A widespread prejudice is that geologists can only do a little bit of everything, but nothing really, and that they only conjecture a lot instead of actually being able to measure it. I think many people have no real idea of what the geosciences entail.

For the past week, you have been featured in the video format "Terra Xplore". The videos are available on the YouTube channel "Terra Xplore" and in the ZDF media library. How did the cooperation between you and the Terra Xplore team come about?

There was actually a lot of luck involved. One of my science slam videos went viral a good two years ago in a way I can't explain and was suggested to a lot of people on YouTube. Within a week, the number of clicks rose from 8,000 to 300,000. When ZDF then came up with the idea of starting a new Terra X spin-off, someone knew me from this video and brought my name into the conversation. I was then contacted and I applied with a short video we shot at RWTH.

Can we look forward to more Terra Xplore episodes?

There will be more episodes, but you have to be a little patient.

The first video is about the search for a repository in Germany and the second video is about possible lithium extraction in the Upper Rhine Graben. What other geological topics would it be worth making an informative video about?

I suggested a lot of other topics at a topic-finding meeting. I find the topic of renaturation after lignite mining very exciting. I grew up south of Leipzig, where many former opencast lignite mines have been converted into lakes. I would find it very interesting to compare the Rhineland with the Central German lignite mining area. The issue of sand scarcity is also topical and relevant to our everyday lives. One must bear in mind that Terra Xplore also aims to create beautiful images and to deal with topics that are relevant to everyday life. Unfortunately, this means that topics such as rare earths, which are currently being explored north of Leipzig, are omitted. Since Terra Xplore is not intended to be an exclusively geological channel, there will also be videos with me on non-geological topics.

What did you particularly enjoy about the shoot?

I thought it was cool to realise how many people play a role behind the camera in a television production. On my shoot there were about ten people, including the director, cameraman, sound engineer, production manager and a few more. Now I also know how important a well-coordinated team is on a shoot.

Thank you for the interview, Thora!