You Are Here: 20 years at RWTH: Farewell to Prof. Stanjek


Retirement between desert and apple tree 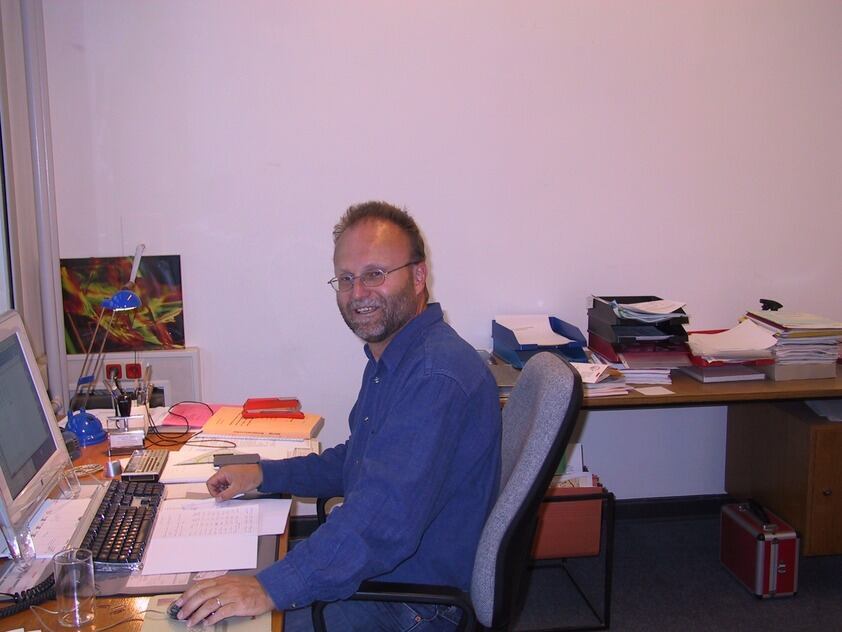 After 20 years at RWTH, you retired on 1.8.2022. When you look back on this time in Aachen, what were your personal highlights and lowlights?


By far the biggest highlight was certainly the decision shortly after I started in Aachen to fund the doctoral student who was to work on the task of developing a structural model for Rietveld analysis. The DFG had previously rejected this project by Georg Roth and Reinhard Kleeberg (Freiberg). The possibility of now being able to analyse clayey rocks quantitatively with X-ray diffraction analysis gave clay mineralogy an enormous boost worldwide, as can also be seen in the biennial Reynolds Cup, where the top ten participants achieve astonishing quality with structural models that were mostly co-developed by us and that now exist for almost all relevant clay minerals.
The other highlights were the BMBF programmes Mineral Surfaces and the CCS projects, in which diverse cooperation with other institutes took place and in which, above all, the analytical infrastructure of the CIM could be built up. Above all, the six years of CO2 projects led to more intensive cooperation with the LEK, which continues today (August 2022), now in the area of hydrogen storage. Closely linked to this, unfortunately, is my absolute lowlight, namely the extremely short-sighted cancellation of the entire third phase of CO2 sequestration, although all the necessary processes were approved in advance. But what purely ideology-driven politics is capable of, we read every day in the press. 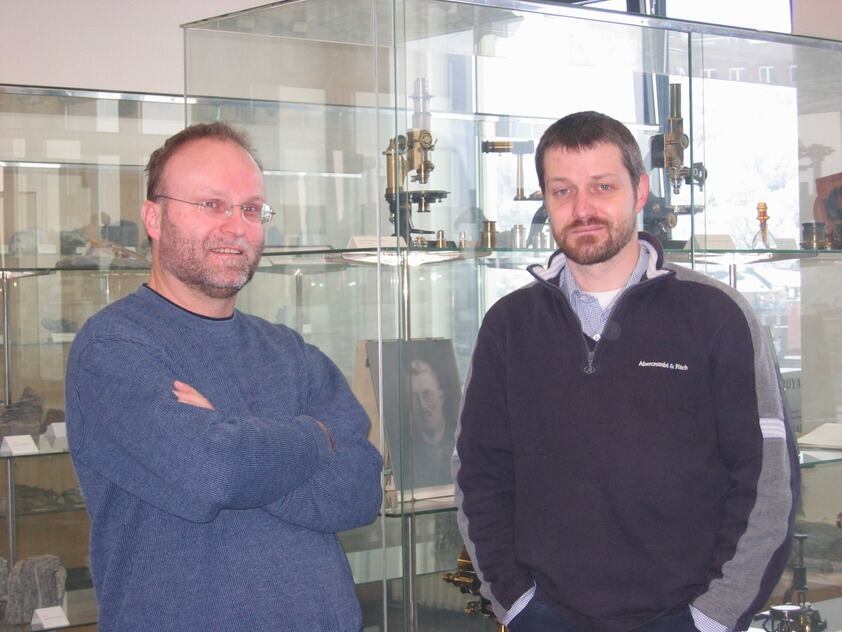 After completing your diploma in mineralogy at the TU Munich in 1982, your doctorate followed there in 1990 and your habilitation in 2001. What reasons prompted you to pursue a scientific career path back then and would you do it again today?


Even at grammar school, the natural sciences were my greatest interest, so the idea of working scientifically was quite tempting. But the chances of a university career were pretty slim even then, and the fact that I didn't go into industry was only due to the fact that I got a permanent position in soil science at the right time. Would I do it again today? Maybe.

You are a soil scientist by training with a focus on clay mineralogy. Where does your enthusiasm for the subject come from? Would there be a need for more soil science at RWTH?


In my opinion, soils are by far the most complicated ecosystem on our planet. To understand them, you need broad knowledge from the fields of chemistry, physics, biology, mineralogy, geology, hydrology, geophysics and many others. Accordingly, at my time at the Soil Science Institute, I was embedded in a team of chemists, soil physicists, mineralogists, agricultural engineers, landscape managers and other disciplines with whom you can only communicate productively if you at least have a clear idea of their subject. It is an extremely exciting field of work, which I had not imagined at all at the end of my mineralogy studies.

I would like to pass on the question of whether more soil science is needed at RWTH to Frank Lehmkuhl and his colleagues in Jülich. 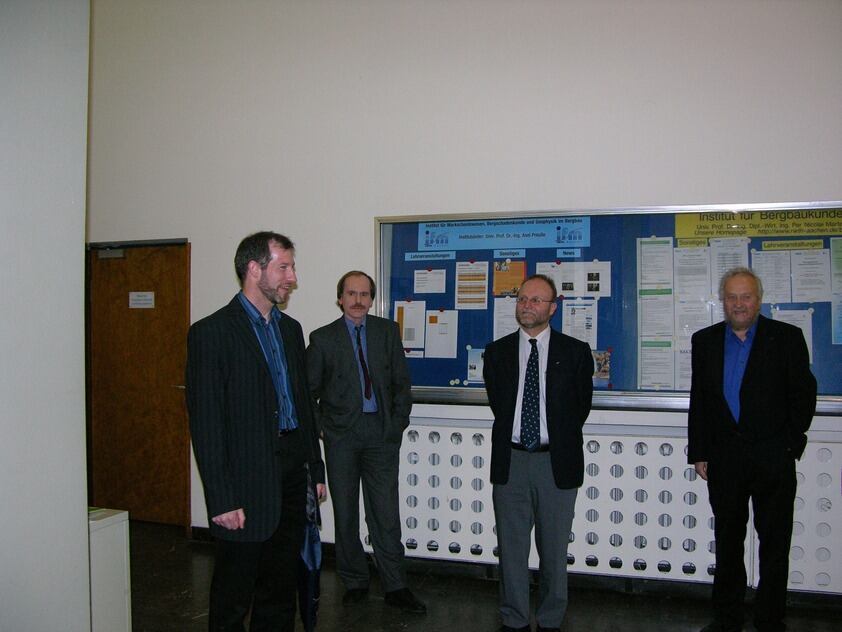 You are considered one of the top clay mineralogists in the German-speaking world and were also the chair of the German Clay and Clay Mineralogy Group for Germany, Austria and Switzerland from 2006-2014. With your retirement, the orientation of your professorship changes from clay and interface mineralogy to petrology and fluid processes. What are the considerations behind this change of orientation? Does clay have an image problem?


I can't think of any raw materials that don't have an image problem in this country, so there is probably something else behind this decision. In general, however, I do not understand why clay expertise should no longer be needed at a time when clays will contribute significantly to reducing the use of energy in the building materials sector.

For more than 10 years, you have been the chairman of the examination board for the bachelor's degree programme AGW. This makes you currently the longest continuously active PA chair of the teaching unit. What do you take away from your time as PA chair?


One thing first: I would not have lasted ten years without the massive support of Kathrin Heinzmann, who had already done most of the work in advance, before the procedures landed on my desk! Regardless of this, the ten years basically saw the same development as in other areas: steadily increasing bureaucratisation and formalisation of processes in the then mostly sparsely fulfilled hope that some processes would be simplified as a result. 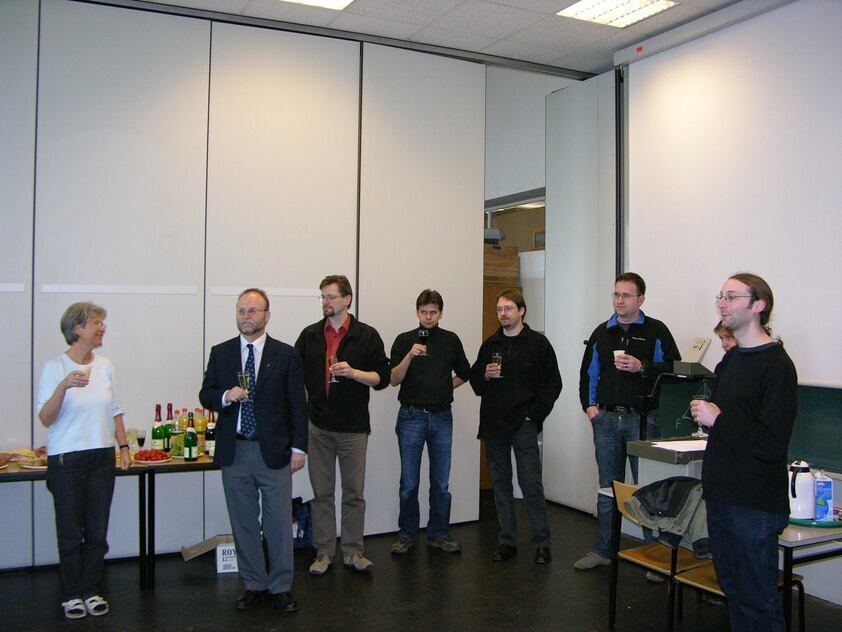 You like to spend your free time in desert areas by off-road vehicle. Where does your enthusiasm for these areas come from and what is your "favourite desert"? Have you also had critical moments during your self-organised desert tours?


Deserts (whether hot or cold like in Iceland) are landscapes that have a very special appeal to my wife and me. Since deserts are different in every country, we don't have an explicit "favourite desert". As far as critical moments on the tours are concerned, we have nothing to report in terms of unpleasant encounters or events with "locals", because the security situation was always sufficient in the countries we travelled through (except for Mauritania). There were, however, quite a few critical moments of a technical nature, because not every technical defect is announced in advance. But that is part of the charm of such trips: You are standing in the middle of a hamada in which 360° only the flat horizon can be seen, nothing else. And you know that the next possible help is several days' journey away. Accordingly, you have spare parts with you and adjust your driving style.

What plans do you have for (un)retirement? Will there be more off-road vehicle tours through the deserts of this world?


The immense garden alone won't let me get bored. Apart from that, I will devote more time to the hobbies that were clearly neglected during my time in Aachen, such as model building and audio, where there is always something to construct and optimise.
As far as tours in deserts are concerned, we are extremely happy that we have done everything possible since 1995, first with the motorbike and then with the Toyo. Today, tours to Mauritania, Libya or Egypt (Algeria was unfortunately cancelled in 2003) are no longer possible for well-known reasons. We don't have any concrete plans for tours - also due to the pandemic - but we would like to visit Morocco, Australia and Namibia at other/better times of the year. Until that is possible again, we want to get to know Europe better. We will see...

Prof. Stanjek with some colleagues

Prof. Stanjek with hat for doctors